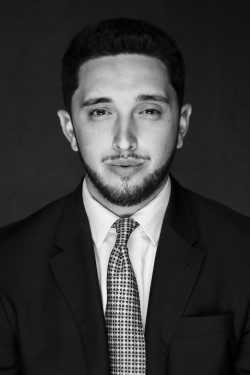 Nico grew up in the InterNet Properties office on 51 East 400 South, where he developed a deep curiosity and affection for commercial real estate and downtown Salt Lake City. In 2014, Nico obtained his real estate license and began working as an agent in the office he was raised in.

Nico brings a young, fresh and tenacious approach to any situation put in front of him. Having extensive awareness of the current trends of technology; Nico delivers modern and innovative ideas to the company and to his clients. Nico stays up to date on both local and national current market trends and uses the knowledge he gains to his client’s advantage. An entrepreneurial spirit, close attention to detail, and a strong network are cornerstones to Nico’s approach to gaining the best deal for all parties involved in a deal.

While working as an agent, Nico attended the University of Utah, where he graduated in the spring of 2017 with a double major in Entrepreneurship and Political Science along with a minor in International Studies. As a student at the University of Utah, Nico had the distinct opportunity to intern for the Utah Speaker of the House of Representatives during the 2017 Utah General Legislative Session.

Driven by a profound love for Hellenism, Orthodoxy, and history of the Greek American community; Nico was elected to sit on the Parish Council for the Greek Orthodox Church of Greater Salt Lake. Nico was also appointed to the Utah State Fairpark Board of Directors where he currently sits on the board.