Vasilios Priskos was born in a small village named Kamaritsa on the island of Evia, Greece, in 1964.  When he was 2, his family, looking for a better life, emigrated to Utah. His dad, Chris Priskos, began his American dream as a blue-collar worker, including a stint as a welder.  He did whatever he could to support his family.  His solid work ethic was forever instilled in Vasilios.  Vasilios was 17 and a senior at Skyline High School when his family was finally able to buy the old Hoffbreau Restaurant above the Manhattan Club on the corner of 400 South and Main Street.  They renamed it the Royal Burger and went into business.  Vasilios went to school half-days and worked in the restaurant every afternoon and evening. Half the restaurant was a bar. Vasilios’s father worked the bar and served beer while he flipped burgers on the other side. It was a baptism by fire into downtown where Vasilios spent 12 to 14 hours a day working in the heart of Salt Lake City.  That’s where and when his love of downtown began.

Vasilios met attorneys, judges, business people and everyday workers who came into the Royal Burger.  It didn’t matter if they were in a suit or wore Wrangler jeans.  People came in and he got to know them, understand their stories and see downtown as a real community.  In 1987, the Priskos family remodeled and changed the name to the Royal Eatery to emphasize that they had more than just burgers.

Vasilios was able to go to the University of Utah, earning a degree in finance, and then started working in real estate.  His first purchase was a building on 400 South just up the street from the Priskos family’s restaurant—that’s where, InterNet Properties, is located today.  Vasilios always tried to invest in Main Street.  Throughout his career, Vasilios tried to be thoughtful about the tenants in his buildings, and was proud that they included important Main Street businesses like Eva’s, Whiskey Street, Apollo Burger, Mollie & Ollie and Neumont University.

Vasilios was also proud to say that InterNet Properties also does construction management. He strived to help people build or renovate existing properties. For example, Vasilios converted the former Salt Lake Tribune building into a working Neumont campus, with high-tech classrooms and student housing.  Vasilios believed that was extremely rewarding and contributes to a more vibrant downtown.

Even during the darkest times for Main Street, Vasilios understood and remained confident in downtown investment because the LDS Church is a committed neighbor and wants to see Salt Lake City succeed. Although Vasilios was not LDS, he still felt welcomed here and always saw the LDS Church as a force for good in downtown development. 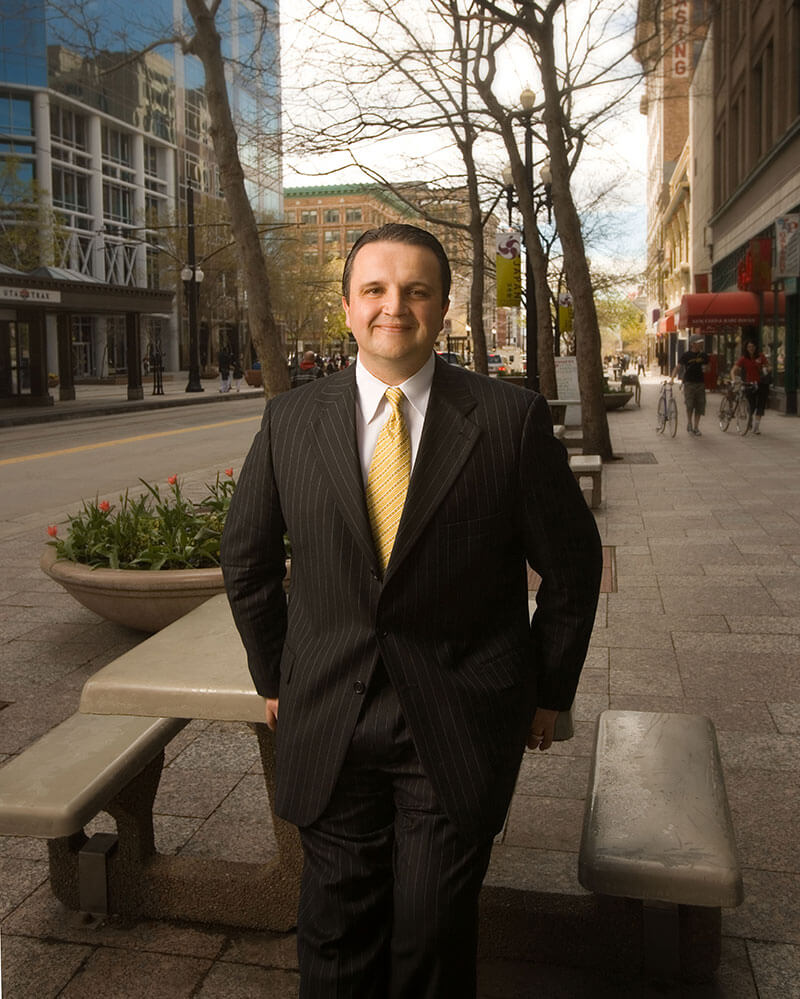